To ensure academic quality and standard, we make sure to thoroughly follow QAA Framework guidelines for Higher Education Qualifications, the Code of Practice, and Subject Benchmark statements, fulfill all the expectations and show themselves in the form of a reward. The Academic Board is accountable for Quality and Standards. They are also responsible for span research, teaching and scholarship, admission and evaluation of students, appointment of external examiners, academic standards, which follow the guidelines of ISO9001, Investors in People, Information technology Learning, education and training, Quality management, assurance and metrics, the curriculum and assessing of programs.

UK higher education has a hard-earned reputation and is known worldwide for its exceptional quality of education and demanding academic standards. We adhere to the QAA Code of practice, which provides a framework so that the universities and colleges can affectively attain high standards and quality of education. The Code of practice provides a wide range of guidelines to deal with each kind of issue that may propagate and is organized into sections for ease of search. Some of the sections deal directly with our courses and the other sections have characteristics and guidance that have a great influence on the standard of education and quality of courses, but the quality is assured and managed by the university or college functioning as a whole unit.

SIRM has met the expectations of the quality of education, oversight by the Independent Schools Inspectorate (Private Further Education). To view our 2021 Educational Oversight report, please click here.

SIRM has achieved centre approval from Pearsons to offer the following two courses:

B. BTEC Level 5 Diploma in Education and Training

For further details of our HND courses please visit our Courses section. Our centre number is 07968.

For further information about Pearsons approval and courses please contact us on 020 7078 7029 or intloffice@sirm.ac.uk.

SIRM is very proud of its success in gaining a partnership with East Sussex College Hastings to act as a subcontractor to provide training in apprenticeships and HE courses. For more details about this partnership arrangement please email us your enquiry at intloffice@sirm.ac.uk or call us on 020 7078 7029.

For information about East Sussex College please log on to www.sussexcoast.ac.uk. 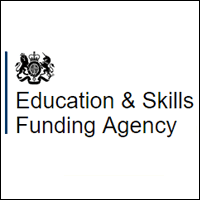 SIRM is a Registered Training Organisations by Education and Skills Funding Agency (ESFA).

We appear on the Register of Training Organisations (ROTO) as Numerica Risk Management and Consulting Ltd which is the parent company for SIRM. The register can be found at https://www.gov.uk/government/publications/register-of-training-organisations. We have successfully passed ROTO Part 1 and Part 2 and been given good Financial grade by SFA. 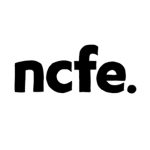 SIRM has successfully achieved NCFE centre approval to deliver their regulated qualifications including apprenticeships. Our centre number is 8467204.

When the further education sector was incorporated (made independent of the government) in the early 1990s the company felt the old name was incompatible with our new national focus and has since then been identified simply as NCFE with the letters no longer being an acronym.

NCFE today is a national awarding organisation, offering over 500 qualifications at different levels and in a wide range of subject areas. NCFE recognise the skills, knowledge and understanding achieved by a learner at a particular level and in a particular subject.

For more information about NCFEC please log on to https://www.ncfe.org.uk . 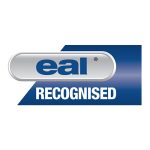 We are pleased to announce that SIRM has been approved by EAL to deliver their electrical courses.

For all their customers this means having access to:

For information about EAL please log on to https://eal.org.uk/. 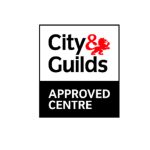 SIRM is approved by City and Guilds to offer L5 Diploma in Education and Training. Our centre number is 9596. 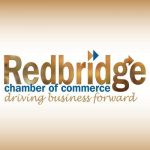 As part of SIRM’s community and industry engagement, SIRM has become a Member of Redbridge Chamber of Commerce.

The Chamber provides businesses with the recognition status within the community, opens areas for networking and provides information on business opportunities and legislation.

The chamber works actively with Redbridge Council and other agencies to stimulate business and help influence decision making in the Borough.

For more information about the chamber please log on to www.redbridgechamber.com. 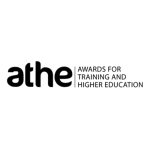 SIRM has been approved by ATHE to offer their qualifications from Level 3 to 7.

Awards for Training and Higher Education provides centres with a wide variety of qualifications including, but not limited to; administration management, business, tourism, law, computing and health and social care. ATHE has made a name with good customer service, excellent quality standards and rewarding qualifications with progression routes to university degrees.

For more information about athe please log on to www.athe.co.uk. 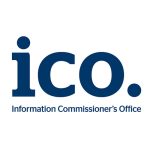 SIRM is now registered with Information Commissioners Office for Data Protection Act. To find out SIRM’s name on the register, please log on to https://ico.org.uk/esdwebpages/search and enter our registration number i.e. ZA197832.

The Data Protection Act 1998 requires every organisation that processes personal information to register with the Information Commissioner’s Office (ICO), unless they are exempt. Failure to do so is a criminal offence.

There are more than 400,000 registered data controllers. We publish the name and address of these data controllers, as well as a description of the kind of processing they do.

For more information about ICO please log on to www.ico.org.uk.

SIRM is registered on UK Register of Learning Providers. To find out our name on the register please log on to https://www.ukrlp.co.uk/ and enter our UKRLP ref number i.e. 10057622.

SIRM has obtained a Skilled Worker Visa (formerly known as Tier 2 Licence) to sponsor International staff. Explore the sponsor register here and see our name on the register as “Numerica Risk Management and Consulting Ltd” with A Rating.

The School of Information Risk Management (SIRM) is known for having a respectable track record of offering exceptional FE/HE programs in various disciplines.

SIRM is the trading name of “Numerica Risk Management and Consulting Ltd” and registered at Companies house, holding company # 09031204.

Previous Next
Close
Test Caption
Test Description goes like this